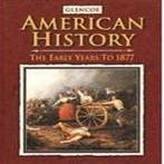 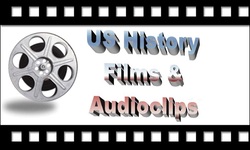 See Below For Available Films and Podcasts Related to Specialty Area

The American Revolution: The Story of Us

A miniseries presenting the history of how the United States was invented, looking at the moments where Americans harnessed technology to advance human progress -- from the rigors of linking the continent by transcontinental railroad to triumphing over vertical space through the construction of steel-structured buildings. The series also is a story of conflict, with Native American peoples, slavery, the Revolutionary War that birthed the nation, the Civil War that divided it, and the great world war that shaped its future."

From humble beginnings, Franklin quickly rises to prominence as a printer and publisher in Philadelphia. His discoveries in the new science of electricity help free the world from the harmful effects of lightning and propel Franklin onto the World stage.
Franklin moves to London and finds himself in the midst of a growing dispute between England and the colonies, a dispute that turns this loyal subject of the British empire into a revolutionary and causes a tragic break with his son. Published on May 23, 2014, Discovery & History Channel

A French aristocrat who strove to forge an alliance between his homeland and the new world of America, and fought alongside the rebels in the War of Independence, the Marquis de Lafayette was a hero of the revolution but many feel he was soon forgotten.
This film follows his descendant, Sabine Renault Sabloniere, as she traces the life and legend of this intriguing and controversial figure. Lafayette left France at the age of 19 and fought for the independence of the United States both on the battlefield and behind the scenes, earning 'the unanimous acclaim and veneration of all Americans' among the Founding Fathers, whom he impressed with his ideals of freedom for all members of society. He then returned to France, risking his life to help start the French Revolution and then struggled to bring peaceful democracy to his country. He was imprisoned for his pains but, years later, was released in time to return, triumphantly, for the 50th anniversary of the American revolution. In France, Lafayette oddly unites both left and right in their despite. To the right he was a traitor, to the left a self-serving aristo. But in America he, like his British counterpart Tom Paine, seems to have been quietly erased from memory. Sabloniere sifts through correspondence between Lafayette, his wife and political partner Adrienne de Noailles, and loyal friend George Washington, and follows his path from fame and glory to increasing obscurity.

A short preview clip from the recently released DVD documentary about the life and times of the Continental Soldier in the American Revolution.

Episode 5 "The World Turned Upside Down" is about the war in the South as well as the final battles of the war. After the British were defeated in New England and the war became a stalemate in New York, the British decided to engage the rebels in the South. Using Loyalists, the British are somewhat successful. They've captured the cities and win most of the battles, but the countryside becomes firmly anti-British and the rebel army grows. Ultimately, a combined force of the Northern Continental Army (under Washington) as well as the French forces move South to Yorktown, Virginia in a pincer move. Combined with the Southern army, the British are overwhelmed and the last MAJOR battle of the war ends. However, the war lingers on for two more years as the peace treaty is hammered out--
While the combined American and French forces defeated the British at Yorktown, the British ultimately surrendered because the war had become a world war. While we Americans like to say 'we beat the British in the Revolution', this isn't really the case. The British simply could not afford to keep ALL their colonies and chose to abandon America since we were a lot of trouble AND the French, Spanish and Dutch were fighting the British for control of India. Simply, the Brits felt India was so important that they gave up trying to keep it AND America.